Pure energy of the indivisible state of space and light - 164 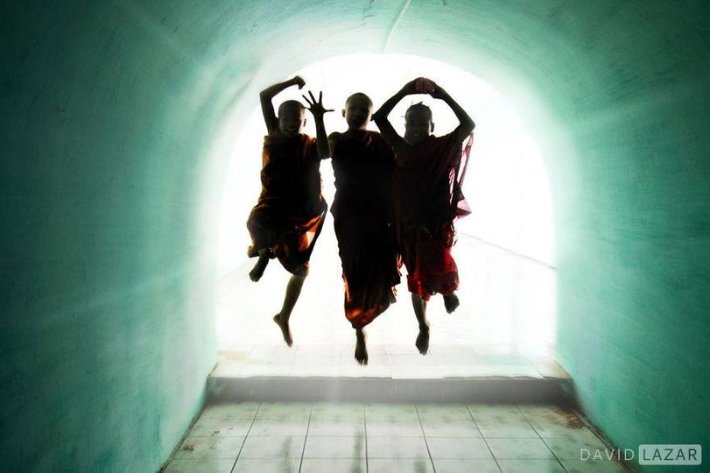 "If you realize that every experience you get is nothing more than pure energy of the indivisible state of space and light [Ground / U2T], then these experiences no longer cause you anxiety. Energy and manifestations cease to be obstacles on the path, they turn into a continuous opportunity to comprehend their true nature, their source. [Ground / U2T]"

See everything are equal pure perfect spontaneous natural manifestations of the Ground,

inseparable from the Ground / Basis / Source / True nature & dynamic of Reality as it is / Suchness / Dharmata / Dharmadhatu / Buddha-nature / Genuine-emptiness / Primordial-awareness / Dzogchen / Mahamudra / Union of the Two Truths [U2T]. Union of the Ground and its manifestations.

As the mind relaxes and settles in the purity of the spontaneously released energy, you will feel and see more and more naturally shining light in its nakedness. As the unobstructed effulgence of primordial luminosity manifests itself more and more, it mingles with the mental continuum, so that every moment, every movement and aspect of what we call a concept or thought becomes primordial wisdom and there is no more clinging to the self.

External and internal are recognized as two aspects of the same process. The manifestation of primordial wisdom is realized by being pervasive, extending throughout all time and space. It is completely relaxed and open, a perfect union of clarity and emptiness; a self-luminous awareness that is spontaneously present all the time, day and night. This is known as the clear light of bliss. Within this great bliss, even the concept of suffering and sorrow does not exist.

According to the Dzogchen tradition, meditation is simply the practice of resting in this realization.

There Is No [inherently existing] Thing ‘Out There.’

Only an infinite "Field of Consciousness, projected by our mind, and streaming from the creative energy (tsal) of pure [empty-]awareness [Ground / U2T].

It is the five senses (The Five Lamps of dzogchen), which send messages to the mind representing these five fields.

[Ordinary-]Mind, then fictionally separates SUBJECT as viewing the separate OBJECTS it has manufactured as seemingly out ‘there’; yet both SUBJECT and OBJECTS only exist as conceptually-constructed mental models of the sensory information and rendered as 3D image or hologram, we view and image as being the world outside of us.

We call these inner mental 3D images, our ‘everyday life.’ Yet nothing [independent of the subject / mind] is ever happening in an imagined ‘outside.’ (objects / phenomena)

"Whosoever recognises the events appearing in the external field (object) and the internal mental emanations (subject), all that play of energy (i.e. all spontaneous natural pristine manifestations inseparable from the Ground / Primordial-awareness / U2T),

all alike, as utterly empty openness

to him is disclosed everything as this key- this crucial openness."

Thus, all dualistic experience of OBJECT and SUBJECT arises in the potency of rigpa [Ground / Primordial-awareness / U2T], as natural display and ornamentation. Yet, all this dualistic perception is mere empty form [U2T], vividly appearing [T1] but actually absent [T2], and indeterminable as either being external or internal. [Uopp]

When this is recognised as truth, nothing is then rejected. All naturally abiding, so all experience is released, without clinging, dissolves back to its empty seed.

(i.e. The Middle Way: nothing to accept nothing to reject in absolute terms, just conventionally / relatively / inter-subjectively)

No one has ever experienced anything outside their own consciousness. (i.e. nor inside)

(i.e. The Ground is the inconceivable Union of subject & object & action [U2T-3S]. The three spheres are inseparable, interdependent, co-defined, co-relative, co-dependent, co-emergent, co-evolving, co-ceasing, in harmony, non-dual -- in the non-dual sense of those terms -- <==> thus all empty of inherent existence. ex. They are not different / separate / multiple / dual, not identical / united / one / non-dual, not both together, not neither. We cannot reduce everything to either of them, or any combination of them.)

Yet we constantly label these mental projections we think are happening all around us as good and bad, hateful and gorgeous. We become angry at them or try to lure them to use. (i.e. Union of opposites [Uopp]. Apparent opposites are inseparable, interdependent, co-defined, co-relative, co-dependent, co-emergent, co-evolving, co-ceasing, in harmony, non-dual -- in the non-dual sense of those terms -- <==> thus all empty of inherent existence. ex. They are not different / separate / multiple / dual, not identical / united / one / non-dual, not both together, not neither. We cannot reduce everything to either of them, or any combination of them.)

Imagine that! We become so angry at, and so desirous of fictional, empty magical illusions.