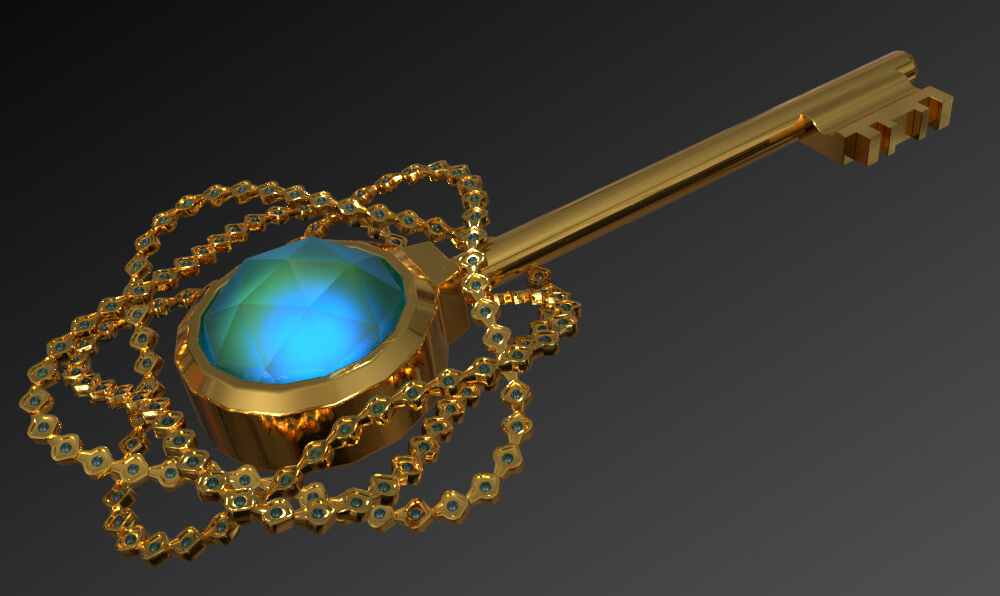 The Magic Key -- Via: Michael Gregory

And the dominion of the Dharma

And the body of form:

Are like the moon in the sky and a water moon.

They are connected by having a single true nature.

Are like a rusty mirror and a cloud in the sky.

And the essence of the meaning of reality:

Are a pure and impure vision.

What is special about this

Is that they appear to be two things.

The Buddhas who dwell throughout the three times

And the sentient beings of samsara’s three realms:

Are specifically good and bad delusions.

From: The Magic Key: Instructions on the Bodhicitta

The Magic Key is a Sutra of the Great Perfection, the Atiyoga or Dzogchen.

i.e. The conceptual opposites in any duality / triad / quad / etc. are always like that:

Because they are dependently co-arisen, co-dependent, co-emergent, co-evolving ...

==> then they are empty of inherent existence

==> then they are not different / separate / multiple / dual, not identical / united / one / non-dual, not both together, not neither;

not this, not non-this, not both together, not neither; etc. (tetralemma).

Meaning their true nature is beyond all conceptual eleborations, beyond all extremes & middle.

This works for all groups of apparent opposites; including the inseparable three kayas, the nature of mind and the conceptual mind, primordial awareness and its empty displays, the sky and its clouds, the sun and its rays, the ocean and its waves, the mirror and the reflections, the two truths: absolute & relative, cause & effect, subject & object, body & speech & mind, the three times, differentness & identity, manyness & oneness, duality & non-duality, light & darkness, samsara & nirvana, purity & impurity, etc.

-- The true meaning of Unity / Non-duality / Union of opposites:
https://www.gilehtblog.com/2020/02/the-true-meaning-of-unity-non-duality.html

In the realm of mind essence ~ Milarepa

Appear to be different;

Yet in the realm of Mind Essence

They are both of one taste.

Sometimes they will meet each other

In the great Dharmadhatu.

This is an old truth ~ Ryokan

If there is beauty, there must be ugliness;

If there is right, there must be wrong.

And illusion and enlightenment cannot be separated.

This is an old truth, don’t think it was discovered recently.

Is nothing but foolishness.

I’ll tell you a secret –

All things are impermanent!

from the book One Robe, One Bowl: The Zen Poetry of Ryokan

The union of samsara and nirvana ~ Padmasambhava

When samsaric existence is freed in itself, there is no awakened state to accomplish apart form that. Once you realize this, 𝘀𝗮𝗺𝘀𝗮𝗿𝗮 𝗮𝗻𝗱 𝗻𝗶𝗿𝘃𝗮𝗻𝗮 are not two.

from the book Advice from the Lotus-Born

What we call “essence of mind” is the actual face of unconditioned pure awareness, which is recognised through receiving the guru’s blessings and instructions. If you wonder what this is like, it is empty in essence, beyond conceptual reference; it is cognisant by nature, spontaneously present; and it is all-pervasive and unobstructed in its compassionate energy. This is the rigpa in which the 𝘁𝗵𝗲 𝘁𝗵𝗿𝗲𝗲 𝗸𝗮𝘆𝗮𝘀 are inseparable.

from the book Beyond the Ordinary Mind: Dzogchen, Rimé, and the Path of Perfect Wisdom

From:  The armor of awareness -- a recent post by Jon Norris

Phenomena are the radiance of the innate absolute;

Mind’s nature is the wisdom of the innate absolute.

The ultimate teacher – 𝗽𝗵𝗲𝗻𝗼𝗺𝗲𝗻𝗮 𝗮𝗻𝗱 𝗺𝗶𝗻𝗱 merged in one taste –

Dwells naturally within myself. Ah ho! What a joy!

The unity / non-duality / Union of subject & object, Union of coarse and fine  ~ Sengcan

Things are objects because there is a subject or mind;

and the mind is a subject because there are objects.

Understand the relativity of these two

and the basic reality: the unity of emptiness.

In this Emptiness the two (𝘀𝘂𝗯𝗷𝗲𝗰𝘁 & 𝗼𝗯𝗷𝗲𝗰𝘁) are indistinguishable (Union)

Do not divide appearances (OBJECTS / UNIVERSE) as being there and awareness (SUBJECT) as being here.

from the book Vajra Speech: A Commentary on The Quintessence of Spiritual

You have to return to duality: that is the final goal. It is like the ox-herding pictures: finally you return to the world, with a big belly and with the ox behind you. That picture, returning to the world, is the final point. So you have duality; then you discover non-duality because of duality; then you transcend both nonduality and duality because of them.

from the book The Teacup & the Skullcup: Chogyam Trungpa on Zen and Tantra

The Seven Nails of Acarya Sri Simha (the Lion of Dzogchen)

[the unity / Union of] 𝘂𝗻𝗰𝗿𝗲𝗮𝘁𝗲 𝗖𝗹𝗲𝗮𝗿 𝗟𝗶𝗴𝗵𝘁 (1st truth) and 𝗘𝗺𝗽𝘁𝗶𝗻𝗲𝘀𝘀 (2nd truth) (Union of the Two Truths free of all extremes & middle).

This Gnosis of self-existent Awareness (svayambhu-vidya-jnana), which encompasses all and abides in all, is open and impartial.

Therefore, nail the original immutable Ground (prakriti) by using the seven nails of the Path of the Non-duality of Samsara and Nirvana. Thus shall primordial Great Bliss (mahasukha) arise in the mind.

1.  Affix the juncture [Union] of 𝗦𝗮𝗺𝘀𝗮𝗿𝗮 𝗮𝗻𝗱 𝗡𝗶𝗿𝘃𝗮𝗻𝗮 [Uopp] with the nail of unimpeded effulgent Gnosis.

4.  Affix the juncture [Union] of Nihilism (non-existence) and Eternalism (existence) [Uopp] with the nail of liberation from all Views (dristi).

7.  Affix the juncture [Union] of 𝗔𝗽𝗽𝗲𝗮𝗿𝗮𝗻𝗰𝗲 (abhasa) (1st truth) and 𝗘𝗺𝗽𝘁𝗶𝗻𝗲𝘀𝘀 (sunyata) (2nd truth) [U2T] with the nail of primordial Dharma-embodiment [of the Absolute].

Colophon: This is the last testament of Sri Simha.

From: Finding Comfort and Ease in the Nature of Mind by Longchen Rabjam

Simplicity without perception of either one or many.

(not different / many / dual, not identical / one / non-dual, not both together, not neither)

With neither bias or partiality, all is equal,

Equal appearance and emptiness; equal in truth or falsehood.

This is equality transcending all extremes,

The single state of the space of primordial purity."

"Just as various forms appear within a mirror, °

Phenomenal objects rise in the space of sense awareness (subject).

By grasping them we feel desire and aggression.

Then there is the confusion of the samsaric world.

Bring them all together, not projecting the mind. (not different / two)

No objective phenomena arise within the mind (not the same / one).

Being essenceless (emptiness), they do not exist as two (or one, or both together, or neither)."

Thus all the things that appear to be external objects °

Appear within the mind

(but objects / phenomena / appearances are in fact co-dependent / co-emergent / co-evolving with the subject / mind),

and yet they are not mind (subject) (the two are not identical / united / one / non-dual / dependent).

Nor do they exist as anything else than mind (the two are not different / separate / two / dual / independent).

Though by the force of habitual patterns, there appears

The dualistic appearance of grasping and fixation

(they appear to be different / separate / two / dual / independent because of our ignorance and habits / karmic cycle),

This is like a face reflected in a mirror.

(The two -- subject & object -- are more like: not different / separate / multiple / dual / independent, not identical / united / one / non-dual / dependent, not both together, not neither (tetralemma). They are both empty of inherent existence (2nd truth) <==> because inseparable, interdependent, co-emergent, co-evolving, co-dependent (1st truth) ( = Union of the Two truths); like illusions, mirages, dreams, reflections. So we cannot reduce everything to either objects / phenomena only, or subject / mind only, or both together, or neither.)

there is no separation

no things to be separate

nor one big thing to be divided

only in the languaging do I seem to appear

and yet, intuiting this un named, unknowable

and it is not separate from the paltry world of things

with languaging the stream of perceptual input not separate from the aware-ing of it,
trees and mountains seem to bloom into being

and as soon as the worded world becomes populated with things

there is an anointing of self and other

which cannot be caught or held

a magical world that cannot be known?

as it is not a place

but is always the case

everyone knows these waters

they dip their toes into them from time to time

when melting into a sunset

but it can be scary to recognize this

as we cannot exist there

there are no things there

there is no there

bathed in and as wordless wonder

songs seem to paint me into the dream of things

but there is no paint

"To divide appearances (objects) as being there and mind (subject) as being here is what sentient beings do.

thinking appearance (object) are there and mind (subject) is here.

They practice the 𝗨𝗻𝗶𝘁𝘆 𝗼𝗳 𝗮𝗽𝗽𝗲𝗮𝗿𝗮𝗻𝗰𝗲 𝗮𝗻𝗱 𝗺𝗶𝗻𝗱 which is the meaning of 'one taste'.

The three spheres are appearing but empty, empty but still appearing. One aspect / truth implies the other (<==>).)

That is the reason why things become smooth, easy for the practitioner; with that there would be no way to attain ease."

Our present state of mistaken apprehension does not accord with the mind’s true nature [REALITY AS IT IS HERE & NOW], which is ever and already perfect and pure.

Mistaken experiences depend upon mind’s fundamental pattern that identifies the apprehending subject as "the self." The self is not inherently existent, although we erroneously cling to the belief that it is. Since we think that the SELF / SUBJECT exists of its own accord and as a unique entity, we assume apprehended experiences [OBJECTS] are other and distinct from the self and automatically cling to a DUALISTIC OUTLOOK as a result.

It is just this DUALISTIC NOTION (OF SUBJECT VS. OBJECT] that gives rise to feelings of sympathy and antipathy, attachment and aversion, i.e., sympathy for those persons and things that live up to our expectations and aversion against those persons and things that obstruct our expectations. Our expectations evolve from our hopes and fears related to misleading assumptions of happiness and suffering. When feelings of sympathy and antipathy arise, other disturbing emotions naturally spring forth – desire, anger, pride, jealousy, just to name a few. These afflictive emotions drive us to act the way we do with body, speech, and mind. Our activities create karma, the "infallible law of cause and effect." Living beings experience the result of their personal and collective karma in the active process of being and becoming.

It is necessary to become free of the initial delusions that are the source of suffering, i.e., the mistaken beliefs in an apprehending self and apprehended OBJECTS different than the SELF [SUBJECT]. They bring about feelings that necessarily give rise to frustrating karmic results. When free of the mental patterns that are the cause of attachment and aversion, then freedom from suffering will have been attained. No outer means can eliminate suffering and guarantee lasting happiness other than the practice of hearing, contemplating, and meditating the precious Dharma instructions.

(i.e. Also: The true nature of any phenomena / objects is exactly the same as the true nature of the mind / subject. It is the Union of subject <==> object; the inconceivable Union of the Two Truths about the three spheres. The Ground.)

.
Posted by Gileht at 08 January