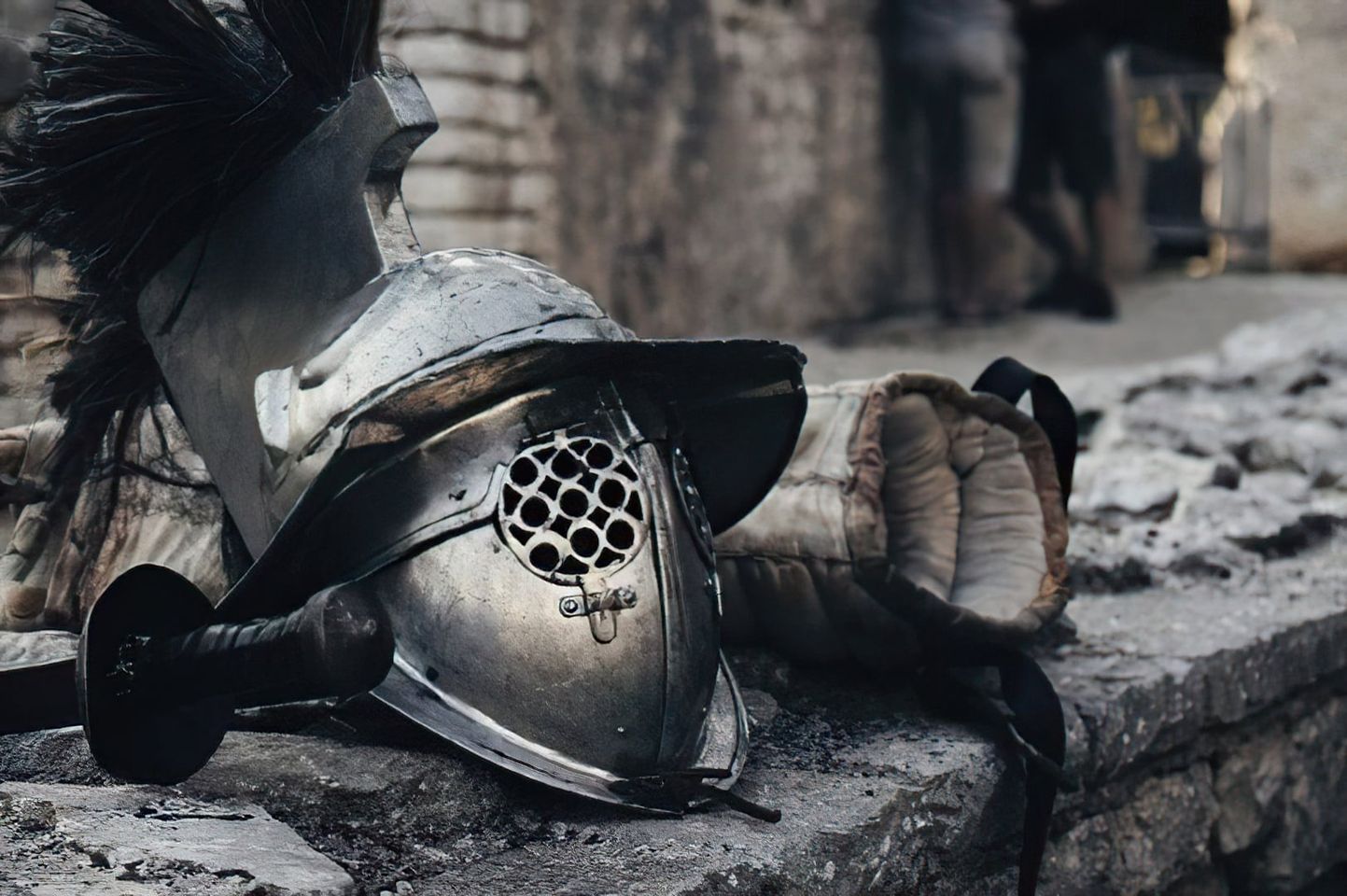 The Armor of Awareness -- Via: Jon Norris

Well… yesterday (01-07-2021) on Capitol Hill was a titanic distraction, wasn’t it? Rinpoche used to call such a moment an ‘emotional upheaval’. In fact, this upheaval was mutually shared by much of the world, which means it was tectonic in scale, emanating from the subtle substrate (alaya vijnana) that underlies our ego minds (sems). I doubt many of us managed to maintain unbroken awareness throughout the last 24 hours! We were all swept up in the age old drama of fascist crusaders pillaging the corridors of a failed republic.

A really useful instruction on this comes from Jigten Sumgön (1143-1217) in his Mahamudra text, ‘The Two Armors’.

About two years ago I posted about Jan-Ulrich Sobisch’s new translation of this text. It is basically a pith instruction on how to practice 𝙩𝙝𝙚 𝙮𝙤𝙜𝙖 𝙤𝙛 𝙘𝙤-𝙚𝙢𝙚𝙧𝙜𝙚𝙣𝙩 𝙪𝙣𝙞𝙛𝙞𝙘𝙖𝙩𝙞𝙤𝙣’ (lhan cig skyes sbyor).

(i.e. 'Co-emergent unification' means that the two apparent opposites are not really in opposition, but have always been inseparable, interdependent, co-defined, co-relative, co-dependent, co-emergent, co-evolving, co-ceasing / co-transcended, in harmony, equal / non-dual / one -- in the non-dual sense of those terms: ex. not different / separate / multiple / dual, not identical / united / one / non-dual, not both together, not neither; not existent, not non-existent, not both together, not neither; etc. They are not like two different separate things coming together, unifying, merging, at one point in time; they have always been in Union.)

At the time of practicing 𝙩𝙝𝙚 𝙮𝙤𝙜𝙖 𝙤𝙛 𝙨𝙞𝙢𝙪𝙡𝙩𝙖𝙣𝙚𝙤𝙪𝙨 𝙖𝙧𝙞𝙨𝙞𝙣𝙜, one should don two armors: the Outer View and the Inner Discriminating Knowledge.

1) The Armor of the Outer View is to be mindful about even the most subtle types of evil and not interrupt the virtuous disciplined conduct. This includes illnesses of the body and sufferings of the mind.
(i.e. there is valid useful conventional discrimination)

2) The Armor of the Inner Discriminating Knowledge (Tib. shes rab, Skt. prajñā) is to

In other words, do not view the arising of the samadhi of a tranquil or blissful experience as a desirable quality, while seeing its non-arising as a defect. To grasp at either extreme will create a hindrance.
(i.e. but, ultimately, apparent opposites are more like 'united' / 'merged' / 'one' / 'of equal taste' ... Union of opposites.)

Being endowed with the two armors in this way, one regards thoughts with the eye of discriminating knowledge.

i) Thereby, at the time of non-distraction, thoughts are primordially unarisen (stillness),

ii) and when there is a distraction, thoughts arise (movement).

iii) However, there is equanimity either way. (i.e. Union stillness & movement)

(i.e. The Middle Way free of all extremes & middle: nothing to accept / affirm / seek / do in absolute terms, nothing to reject / negate / abandon / not-do in absolute terms; just conventionally / relatively / inter-subjectively if it helps someone to get closer to the Truth about the true nature of Reality.

Everything is already equal, pure, perfect, divine here & now, for someone who is fully aware of their true nature & dynamic.

All appearances are Reality trying to teach us the true nature & dynamic of Reality, and trying to liberate us from our illusions / conditioning / karma.)

This is because thoughts offer us the potential (rtsal) for employing discriminating knowledge.

(i.e. Relative usefulness of conventional truths, methods & goals. Although everything is empty of inherent existence <==> everything is still conventionally dependently co-arisen relatively functional impermanent appearances; and vice versa. Not inherently existent, not completely non-existent / meaningless / useless, not both together, not neither. Meaning beyond all conceptual elaborations, beyond all extremes & middle.)

-- Don’t become distracted by a discursive stream of thought, but simply 𝘦𝘹𝘢𝘮𝘪𝘯𝘦 𝘸𝘩𝘦𝘳𝘦 𝘵𝘩𝘦 𝘵𝘩𝘰𝘶𝘨𝘩𝘵 𝘧𝘪𝘳𝘴𝘵 𝘢𝘳𝘰𝘴𝘦. It did not arise from anywhere else but the empty nature of your mind. It arose the same way a cloud forms in an empty sky.

-- Likewise, by 𝘦𝘹𝘢𝘮𝘪𝘯𝘪𝘯𝘨 𝘸𝘩𝘦𝘳𝘦 𝘵𝘩𝘦 𝘵𝘩𝘰𝘶𝘨𝘩𝘵 𝘥𝘪𝘴𝘢𝘱𝘱𝘦𝘢𝘳𝘴, you will find that it does not go anywhere else but back into that same empty nature of mind.

(i.e. Because everything is empty of inherent existence <==> then there is no real three stages of becoming: origination / beginning, duration / middle, cessation / ending; no real continuity or discontinuity.)

By 𝘦𝘹𝘢𝘮𝘪𝘯𝘪𝘯𝘨 𝘢𝘯𝘥 𝘱𝘳𝘢𝘤𝘵𝘪𝘤𝘪𝘯𝘨 𝘵𝘩𝘰𝘶𝘨𝘩𝘵𝘴 𝘢𝘴 𝘶𝘯𝘣𝘰𝘳𝘯, there is a recognition that the phenomena (object) of samsara and nirvana do not exist apart from your mind (subject).

(i.e. Union of the Two Truths about the three spheres -- subject, relation / action, object --. The three are empty of inherent existence <==> because inseparable, interdependent, co-defined, co-relative, co-dependent, co-emergent, co-evolving, co-transcended, equal / non-dual / one -- in the non-dual sense of those terms. One aspect implies the other (<==>).)

They were merely the product of your own reification.

(i.e. merely labelled / imputed / conceptualised by the mind in dependence of its past / conditioning / karma)

When you see their emptiness it produces an experience like snowflakes falling upon a lake.

Then, by maintaining that experience, it grows like a fire spreading in the forest.

Thoughts become the fuel for that fire and are quickly consumed by it.

With further practice the experience of the emptiness of thoughts is like meeting an old friend from earlier times. As soon as they arise, there is an immediate recognition of the true nature of thoughts and appearances. And in time, this recognition begins to spill over into the post-meditative state. Finally, you reach a point where you need not examine thoughts methodically anymore. Their true nature is recognized spontaneously and effortlessly. Meditation evolves into non-meditation and that freedom from arising, stopping, and abiding is the dharmakaya.

The upheaval is waning

Now armor up the awareness

With a mind as vast as the sky

And conduct as fine as barley flour

Phenomena (objects) are the radiance of the innate absolute (Ground);

(Subject) Mind’s nature is the wisdom of the innate absolute (Ground).

Dwells naturally within myself. Ah ho! What a joy!