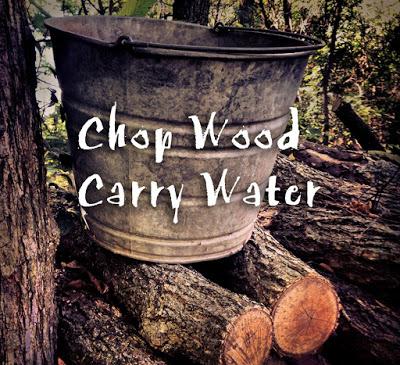 Résumé: There is nothing special about the wise ones. It is the same awareness. They have not rejected samsara to accept nirvana; those two are in Union. They are just not fooled by their conditioned conditioning illusions anymore; they are free from their conditioning / karma. They have transmuted their ignorance / samsara into wisdom / nirvana. They have purified their ordinary impure body, speech & mind by directly realising their true nature & dynamic as they are here & now. They have realised the true nature & dynamic of Reality as it is here & now, and are acting more in accord with it, or perfectly in accord with it, without grasping, without attachment, without being slave to their tools.

We have to understand our basic situation in order to work with it.

from the book "Joyful Wisdom: Embracing Change and Finding Freedom" 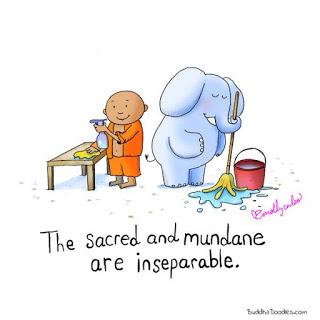 Acknowledging all your experience as something ordinary ~ Mingyur Rinpoche

Wherever you are, whatever you do, it’s essential to acknowledge your experience as something ordinary, The natural expression of your true mind (of clarity). If you don’t try to stop whatever is going on in your mind, but merely observe it, eventually you’ll begin to feel a tremendous sense of relaxation, a vast sense of openness within your mind – which is in fact the natural mind, the naturally unperturbed background against which various thoughts come and go.

No beyond -- Wu Shin

There is nothing special about the wise ones.

They have only stopped believing their minds.

They understand that there is no Beyond.

Beyond is a creation of the mind.

There is Being and Before Being,

That Most Antecedent which

To which all appearances

They have mastered the effortlessness of

They are never dissatisfied with

The present moment and

They never nurture any vision of

How things ought to be.

Each in their own way,

They have come to something so simple that

As such, they are mostly silent.

When questioned, they answer and

Every word is laden with power

To those whose ears truly hear. 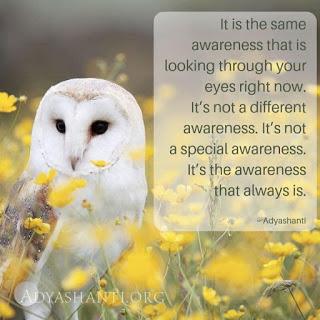 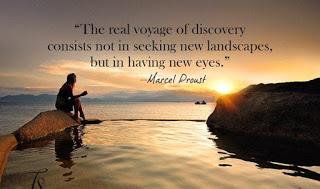 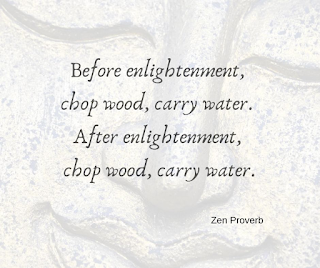 Your mind just as it is ~ Mingyur Rinpoche

All the QUALITIES of your natural mind

are present in your mind just as it is.

You don’t have to do anything different.

You don’t have to shift or change your awareness.

All you have to do while observing your mind is to recognize the QUALITIES it already has.

Confusion is the only difference ~ Dilgo Khyentse Rinpoche

quoted in the book The Collected Works of Dilgo Khyentse, Volume Three

Within our own buddha nature we naturally have all the qualities of nirvana, so we do not need to look for them and take possession of them outside. Neither do we need to get rid of anything, because the obscurations that are temporarily veiling our realization of the absolute nature are not inherent to that absolute nature. So with this third wisdom, doubts are completely absent: there is no wondering, “Will I be able to achieve all those qualities?” or “Will I succeed in getting rid of all these defects?”

from the book Zurchungpa's Testament

If you want to know about buddha-nature, then Maitreya’s Uttaratantra Shastra is the text you have to study. It’s important to be careful when establishing the idea of buddha-nature, because otherwise it might end up becoming something like an atman, or a truly existing soul. The Mahayana shastras talk about the qualities of freedom, or elimination, such as the ten powers, the four fearlessnesses, the thirty-two major marks, the eighty minor marks, and so on. If you’re not careful, you might start to think about buddha-nature theistically — that is, in terms of the qualities of a permanent god, soul, or essence. But all these qualities talked about in the Mahayana shastras are simply qualities of the absence of dirt.

When we talk about the result of elimination, we automatically think we are talking about something that comes afterward: first there is elimination and then comes its effect. But we are not talking about that at all, because then we would be falling into an eternalist or theistic extreme. “Elimination” means having something to eliminate. But in the Prajnaparamita, we understand that there is nothing to eliminate. And that is the big elimination. The result of that elimination isn’t obtained later. It’s always there, which is why it’s called tantra, or “continuum.” This quality continues throughout the ground, path, and result. The window continues from before the dirt was there, while the dirt is being washed away, and after the cleaning is complete. The window has always been free from the concepts of dirt and freedom from dirt. That’s why the Mahayana sutras say the result is beyond aspiration. You cannot wish or pray for the result of elimination, because it’s already there; it continues all the time, so there’s no need to aspire to it.

You are discovering yourself ~ Mingyur Rinpoche

One day I asked my father, “When I get enlightened, will I be able to remember me? My old self?” It was not unusual for my father to laugh affectionately at my questions, but he found this one particularly hilarious. Then he explained that enlightenment is not like being possessed by a spirit. Tibetan culture has a tradition of oracles, people who become possessed by spirits and make predictions and prophecies. When this happens, they forget their former selves and become different beings; they swirl and fall down like crazy drunks. To imitate their wild behavior my father waved his arms, raised one knee at a time, and danced in circles. Suddenly he stopped and said,

He cupped his hands together and told me, “If you have a handful of diamonds but don’t realize what they are, you treat them like pebbles. Once you recognize them as diamonds, you can use their precious qualities. Becoming a buddha is like discovering a diamond in your hand. You are discovering yourself, not getting rid of yourself.”

from the book Turning Confusion into Clarity: A Guide to the Foundation Practices of Tibetan Buddhism

The need to recognize our essential buddha-nature ~ Dzongsar Khyentse Rinpoche

From the very beginning, awareness has never been established as being material and having characteristics that can be conceptualized, because its essence is primordially pure, sublime, all-pervasive emptiness. The ocean of realms of phenomena of existence and enlightenment naturally manifest as the display of unobstructed emptiness, like the sun and its rays. Therefore, awareness is neither partial nor a completely empty void because its nature is the supreme spontaneous presence of wisdom and noble qualities.

The failure of the mind to recognize its own nature is what is meant by the term “ma-rik-pa,” or ignorance, the first level of obscuration or defilement in the mind. As a result of this ignorance, there arises in the mind the imputation of an “I” and an “other,” something that is other than the mind. This dualistic clinging, something that we have had throughout beginningless time and that never stops, is the second level of obscuration, the obscuration of habits. Based upon this dualistic clinging arise the three root mental afflictions: mental darkness, desire, and aggression. Based upon those three afflictions are the 84,000 various mental afflictions, the third level of obscurations, called the obscuration of mental affliction. Under the influence of this, we perform actions that are obscured in their nature – the fourth level, called the obscuration of actions or karma. These four levels or types of obscurations are the cause for all sentient beings to wander in samsara. If these are removed or cleaned, then the inherent qualities of mind’s nature, which we refer to as wisdom or “yeshe,” will naturally manifest and spread like the rays of the sun. The word in Tibetan for the removal of these obscurations, “sang,” means “cleansing,” and the word for the spreading of the inherent qualities of the mind that occurs as a result of that is “gye,” or “increasing.” “Sang-gye,” these two words together, is the Tibetan word for a Buddha. Therefore what is meant by Buddhahood is the recognition and realization of the complete purity of the mind.

Without intrinsic being ~ Nagarjuna

The nature of the Tathagata

Is the nature of this world of beings.

The Tathagata is without intrinsic being;

This world of beings is without intrinsic being.

from the book "The Root Stanzas of the Middle Way: The Mulamadhyamakakarika"