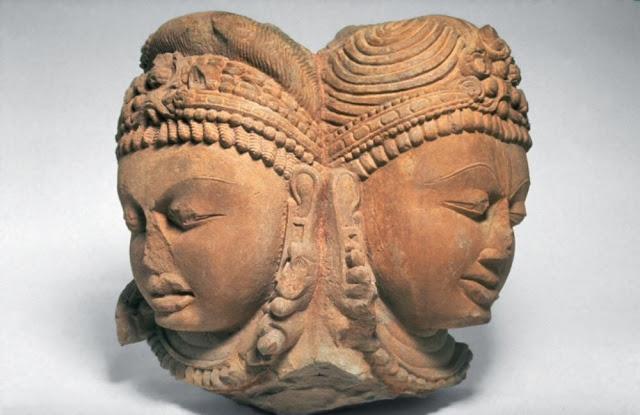 Two models of the Two Truths --

Note: To understand emptiness one needs to understand it in the context of the Two Truths.
The presentation varies from one school to another.

5.2 TWO MODELS OF THE TWO TRUTHS

“A key to comprehending Mipham’s interpretation of Buddhist thought and practice is to understand the two truths—the ultimate and the relative. He clearly outlines two models and shows how the two truths should be understood in two distinct ways.

I. In the first model, emptiness alone is the ultimate truth, and any appearance is the relative truth.

This model primarily relates to the domain of deconstructive analysis, that is, analysis that seeks to determine the ultimate nature of reality. When the nature of a phenomenon is analyzed in terms of its ultimate status, how it really is, nothing whatsoever is found. This is the ultimate truth. In contrast, the appearing mode of things—any phenomena that may appear—is the relative truth. Thus, in this model, appearing phenomena are necessarily the relative truth in contrast to the ultimate truth, which is exclusively emptiness.

Within this first model, the ultimate truth is not qualitatively different from the relative truth. In fact, the two truths are actually inseparable (i.e. Union of the Two Truths); they are not really different, but are only conceptually distinct. The relationship is something like two sides of the same coin; whatever appears is empty, and whatever is empty necessarily appears (i.e. one implies the other : <==>). In this way, being empty and appearing are just two aspects of what is an inseparable unity/union in reality.

This UNITY/UNION cannot be directly known by analyzing the two truths separately, where appearance and emptiness are mutually exclusive. Nevertheless, a conceptual semblance of this Unity/union can be brought to mind as a means to evoke the experiential insight of unity/union, which is disclosed in the non-conceptual experience of meditative equipoise.

In this model, authentic experience—or more literally, perception that accords with reality (gnas snang mthun) —is ultimate, and perceptions that do not accord with reality are relative. In contrast to the former model in which only emptiness is the ultimate truth and all appearances are relative, in this latter model, the experience of meditative WISDOM is ultimate. Rather than being driven by a deconstructive analysis to establish that phenomena are empty, this model concerns the process of experience. Significantly, both the content of WISDOM’s vision and WISDOM itself are ultimate in this context, not just the negation of distortion.

Moreover, the two truths in this latter authentic/inauthentic model have a different relationship than in the case of the two truths as appearance/emptiness.

In this latter model, the two truths are such that the ultimate truth is reality experienced without duality or reification, while the relative truth is reality experienced within a distorted framework. We can see that the ultimate truth here is thus something positive, and the relative truth is something negative; they are two qualitatively different ways of experiencing reality. That is, the experience of the undistorted nature of reality (nirvana) is ultimate in contrast to mistaken modes of being (samsara). Therefore, THE ULTIMATE TRUTH IN THIS CONTEXT IS NOT SIMPLY EMPTINESS (the lack of true existence in things -- mere emptiness), because here the experiential presence of reality, known as it is, is the ultimate.

We can see how Mipham lays out both of these models of the two truths based on two different ways of arriving at the ultimate truth.

Traditions that affirm other-emptiness, such as the Jonang, tend to emphasize the experiential dimension of meditative equipoise and hence highlight the model of the two truths based on authentic and inauthentic experience.

On the other hand, the predominant way in which the two truths are set forth in traditions that emphasize a deconstructive analysis of reality, like the Geluk, is through the appearance/emptiness model, in which the ultimate is simply emptiness and the relative is appearance.

Mipham brings both of these traditions together by showing how both models and both approaches to experience (in meditative equipoise and post-meditation) are important means of relating to the two truths in Buddhist scriptures.

Moreover, both of these models of the two truths play a key role in the way Mipham brings together the middle and last wheels of Dharma.

The primary way in which the two truths are expressed in the middle wheel of Dharma (such as in the Perfection of WISDOM Sutras) is through the appearance/emptiness model, in which emptiness is the ultimate truth and any appearance is necessarily the relative truth.