“Should we do analytical meditation or settling meditation?” -- Mipham - 011 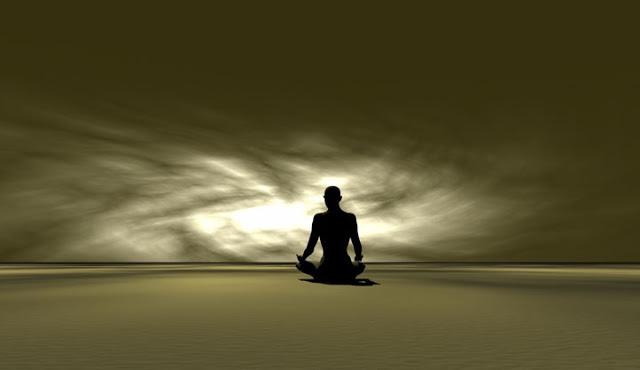 “Should we do analytical meditation or settling meditation?” -- Mipham

[Résumé: “Should we do analytical meditation or settling meditation?”

Answer: We need both. First analytical meditation to build up certainty about the correct view. Then with less and less conceptualisation & discrimination when certainty about the right view becomes more and more established, and traps / wrong views / extremes have been properly avoided.] 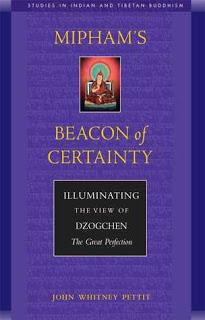 [Question:] In meditating the view of the supreme vehicle,

Which is right — TO ANALYZE OR FOCUS THE MIND?

Analysis obscures the nature of things,

Some say, "Only do analysis.

So one should always analyze."

[Answer:] To adhere exclusively to analysis or transic Meditation is not appropriate.

Most transic meditations without analysis

Can become a mere calm abiding,

But meditating thus will not produce certainty.

If certainty, the unique eye of the path of liberation,

Is abandoned, obscurations cannot be dispelled.

If you do not know the nature of dharmas,

However much you meditate, you are still

Meditating on ordinary concepts. What's the use?

It's like travelling on a path with your eyes closed.

The habits of beginningless delusion produce clinging to mistaken notions about the nature of things.

Without endeavoring to investigate with a hundred methods of reasoning, it is difficult to achieve realization.

Insofar as clinging to mistaken appearances

And seeing the authentic meaning are mutually exclusive,

Here, in the darkness of existence to which

It is difficult to obtain a glimpse of reality.

Through the ripening of the karma of previous practice

And the master's blessing,

By just examining the origin, abiding, and cessation of the mind,

It is possible to determine truthlessness (no absolute to grasp or reject).

But this is extremely rare;

Not everyone can achieve realization this way.

In cutting through to primordial purity,

ONE NEEDS TO PERFECT THE PRASANGIKA VIEW.

As for the aspect of non-elaboration,

Those two are said to be no different (not different, not the same, not both, not neither).

In order to prevent clinging to blank emptiness,

This causes an experience of

Free of subject and object.

Are synonyms of that bliss.

Here the appearance aspect is the formal Buddha bodies,

Which protect all beings and bring them to happiness

As long as samsara exists;

It has the nature of ultimate compassion.

Does not abide in either existence or peace (non-existence).

Because it abides in the basis,

By practicing the path Evam of bliss and emptiness

In this very life, one will manifest

In fact the basis, path, and result

Are not divided; the path of the fourth empowerment,

Which is the culmination of the Vajrayana,

Is the self-arisen gnosis of awareness and emptiness.

This is exclusively emphasized

In the path of the vajra pinnacle of luminosity,

Which is the final point where all vehicles converge. 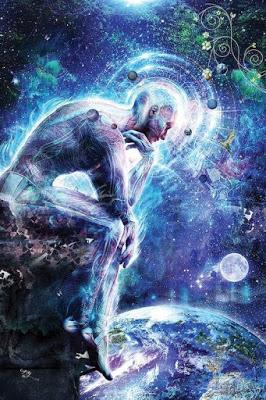 AS LONG AS CERTAINTY HAS NOT BEEN BORN,

ONE SHOULD INDUCE IT WITH SKILLFUL MEANS AND ANALYSIS.

If certainty is born, one should meditate

In that state without separating from that certainty.

The lamp-like continuity of certainty

One should always cultivate it.

If it is lost, then induce it again through analysis.

AT FIRST, ANALYSIS IS IMPORTANT;

If you don't start out with analysis,

How can you induce an excellent certainty?

If an excellent certainty is not born,

How can miserable projections cease?

If miserable projections do not cease,

How can the foul wind of karma be stopped?

If the foul wind of karma is not stopped,

How can this awful samsara be abandoned?

If this awful samsara is not abandoned,

What can be done about this dismal suffering?

In reality, there is no good or evil

In samsara and nirvana;

Is the nature of excellent certainty.

With excellent certainty, NIRVANA IS NOT ATTAINED

The mere words may seem contradictory,

But in fact they are not.

THIS IS THE MOST IMPORTANT POINT OF THE PATH,

A crucial secret instruction on the view and activity—

You should examine and savor its meaning!

NEXT, YOU SHOULD ALTERNATE ANALYSIS AND TRANCE.

If you analyze, certainty will be born;

When you don't analyze, and cling to the ordinary,

When certainty is born, rest in that state

Without distraction and meditate one-pointedly.

Certainty and the projecting mind

So by the analysis that roots out projection,

You should increase certainty more and more.

Finally, if even without analysis

Since it has already been established through analysis,

There is no need to accomplish it again.

If you understand that a rope is not a snake,

That very certainty blocks the perception of a snake.

To say "Still you must go on analyzing

The absence of a snake" is silly, isn't it?

When realization of the sublime paths occurs,

You will not meditate with analysis;

What need is there to apply

Then for you the gnosis of Buddhas and sublime beings,

And the undistorted perceptions of worldly beings,

Would all be mistaken.

Because they have already been perceived,

They are not subject to analysis.

Therefore, in the context of extraordinary certainty

Free of elaborations of the four extremes

There is no occasion for analyzing or focusing on

Thoughts of "this" and "that."

When the analytical apprehension of characteristics

Binds the thinker like a silkworm in its silk,

The authentic nature will not be seen as it is.

When this extraordinary certainty

Dispels the darkness that obscures reality,

One realizes the actual fundamental luminosity

And the flawless vision of thatness,

Which is the individually cognized gnosis.

How could this be analytical wisdom, a form of mentation?

The object of analytical wisdom is "this" or "that,"

Which is differentiated and conceptualized,

Whereas this gnosis of equanimity

Does not reify subject, object

Appearance, or emptiness in any way;

It does not abide in the characteristics of mind or mentation.

In supreme certainty induced by analysis

Is the cause by which one attains

The ascertainment of the view

And the establishment of philosophical systems determined [by that view]

Is the stainless valid cognition of analytical wisdom

That differentiates and cognizes individually.

The gnosis of sublime equipoise

That has reached the nature of things

By the certainty induced by that valid cognition

Is the main practice of the great vehicle.

If you have it, in this very life

The result of  [union / non-duality / inseparability] coalescence is bestowed;

According to the system of four tantric classes,

This path of the word empowerment in anuttarayogatantra

Is of course the ultimate gnosis,

But it is not designated as a separate vehicle.

However, in the explanation of

The body of the gnosis of equanimity (non-duality / Union)

Is emphasized, so it is held as the ultimate tantra.

Among the classes of anuttarayogatantra,

The gnosis of the path of the fourth empowerment

That is emphasized and explained here [in the Great Perfection]

Is the basic intent of all tantric classes.

Is extremely pure, so too here

The analysis of other vehicles' philosophical systems

Thus the way this is established

Through the valid cognition of stainless wisdom

Is found in all the interpretive commentaries and tantras

And in the analysis of Dharmabhadra.

If you think about it, it is beyond the realm of Mara,

And causes inalienable wisdom to mature.

However, to teach the main practice of the view

As an object of mind and mentation, such as

ADHERING ONE-SIDEDLY TO APPEARANCE OR EMPTINESS,

Is to make the inexpressible into an object of expression;

So it contradicts the intention of the learned.

Since atiyoga is the inconceivable gnosis

Of form and emptiness inseparable [in Union / coalescence / non-duality / inseparability],

It is simply beyond impure mind.

The emptiness aspect of primal purity —and

The view of the luminous all-surpassing realization—

Which determines the nature

In the inner luminosity of the youthful vase body—

They are just the  [Union / non-duality / inseparability] coalescence of

Here in the Great Perfection the so-called "indestructible

Tilaka of gnosis" of other tantric systems

Is very clearly taught as a synonym for this.

Is found in the practice of learned and accomplished masters.

The Mahamudra, Path and Result, Pacification,

Great Madhyamaka of  [Union / non-duality / inseparability] coalescence, and so on,

Are known as its synonyms;

Because in fact they are all the gnosis,

Beyond mind, they are all the same.

The Buddhas' and siddhas' intention is the same—

The learned affirm this univocally.

Some people say, "Our system of the Great Perfection

They have no realization and

No understanding of the conventions of the path.

If they understood, they would see that this unique intention

Cannot be divided through reasoning.

Likewise, all the gnoses of the fourth empowerment

Are indivisible in the Great Perfection.

However, the source of all of those

Is the gnosis of the Great Perfection, whose tantric classes

Are divided into "mental," "space," and "instructional,"

According to their profound, extensive, extraordinary meanings.

There are many instructions here that are not known

In other systems, which use just a fragment of them,

So it goes without saying that this is an "extraordinary teaching."

There, the ultimate Great Perfection

Is profound, peaceful, luminous, and unfabricated—

The gnosis of the Buddhas.

But here in the context of the paths,

One practices the exemplary and actual  [Union / non-duality / inseparability] coalescences,

Homologous to that gnosis.

Each one gradually leads to the next,

As one cultivates the self-arisen stainless gnosis

According to one's own capacity.

In order to reach sublime gnosis.

If one directly ascertains

The great gnosis of the  [union / non-duality / inseparability] coalescence of dharmata,

All views that are apprehensions of mental analysis

Will definitely subside, and one will see non-elaboration.

Therefore, without citing the context,

Should be used or not has both faults and good points,

This is established through reasoning,

According to scriptures of definitive meaning.