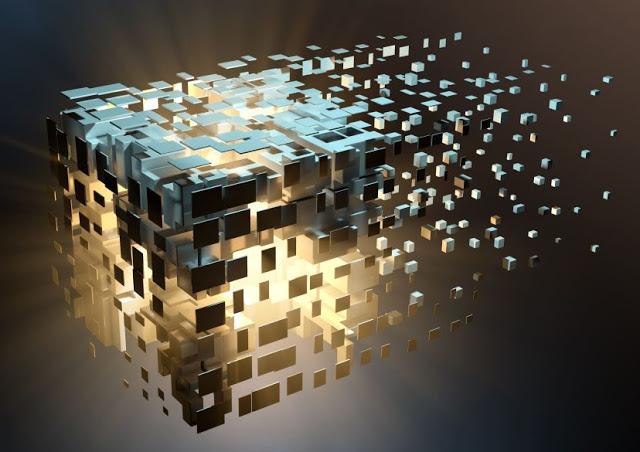 [THE FOUR STAGES TOWARD
A DIRECT NON-CONCEPTUAL NON-DUALISTIC REALIZATION
OF GENUINE EMPTINESS free from ALL EXTREMES & MIDDLE:
The Real Ultimate / Dharmata,
Which Is What Appears to the Meditative Equipoise of Āryans
in a Way that Is Devoid of the Proliferations of the Four Extremes]

[Résumé: The ultimate truth / Reality / Ground is not mere emptiness (the mere absence of inherent existence / non-existence), but

The four extremes, using the tetralemma, are:

One must first use logical reasonings to transcend all extreme wrong views, and accumulate merit to diminish the influence of bad habits / karma, and clear the way for a possible spontaneous direct non-conceptual non-dualistic realisation / perception / abiding in the truth nature of Reality as it is here & now / dharmata / Buddha-nature / Genuine Emptiness ...]

“Bodhisattvas in the beginning stage first realize that all is empty.

After that, they realize that all is not empty.

This is non discriminatory wisdom.

It is what is meant by the saying that ‘form is emptiness.’

It is not emptiness as annihilation of form; the very essence of form is empty.

The practice of bodhisattvas has emptiness as its realization.

When beginners see emptiness, this is seeing emptiness, it is not real emptiness.

Those who cultivate the Way and attain real emptiness do not see emptiness or non emptiness; they have no views.”

I have read somewhere that there might be 4 stages of wisdom on the path:

That is the Middle Way free from all extremes & middle,

If I ever find the original source I will post it.

About what I said above, I think I got this idea from the book "Freedom from Extremes: Gorampa's "Distinguishing the Views" and the Polemics of Emptiness; by Jose Ignacio Cabezon (Author), Geshe Lobsang Dargyay (Author)"
https://www.amazon.com/Freedom-Extremes.../dp/B00B6U17YQ

There is a good explanation of Gorampa's position on this web page:
https://plato.stanford.edu/entries/gorampa/

Quote: "Most Tibetan Buddhist philosophers agree that the tetralemma is a tool that allows one to realize the ultimate, but they differ in their explanations of the ways in which this tool functions. Gorampa argues that one must negate each of the four extremes in succession by using logic and reasoning, and then one must subsequently realize the negation of all four extremes simultaneously through meditative practices."

Quote From The Book:

“While one is still an ordinary being, one eliminates each of the proliferations of the four extremes one at a time (successively), and then meditates [on each of these individually].

This leads to the emergence of the Mahāyāna path of seeing.

At that time, the proliferations of all four extremes are eliminated (transcended) simultaneously (cig char du) in such a way that the reality (iii. OBJET / REALIZED) that is to be realized and the mind (i. SUBJECT / REALIZER) that realizes (ii. ACTION / RELATION / REALISATION) it does not appear as two distinct things (or as three separate / independent / inherently existing / absolute impure spheres).

The object (iii - Pure Non-dual Object) that manifests itself without proliferations and indivisibly (in UNION) from that mind (i. Pure Non-dual Subject) (and from the ii. Pure Non-dual Action / Relation itself) is given the name “THE ULTIMATE TRUTH”; but at that time, there is no apprehension whatsoever of the fact, “This is the ultimate truth.”

(i.e. This is called Pure Non-conceptual Non-dualistic DIRECT PERCEPTION of Reality as it is here & now, without any di-vision between the three spheres: with awareness of the Union of the three spheres; Union subject / perceiver / knower / realizer <==> relation / action / perception / cognition / realization <==> object / perceived / known / realized; or Union of the Two Truths about the three spheres: Union of being dependently co-arisen / co-evolving relatively functional appearances <= => and being empty of inherent existence. Where “Union of opposites” means they are inseparable, interdependent, co-dependent, co-defined, co-relative, co-emergent, co-evolving, co-ceasing, non-dual / one, equal, in harmony …; empty because dependently co-arisen, dependently co-arisen because empty; merely labelled / imputed by the mind in accord with its conditioning / karma.)

[Opponent:] Well then, aren’t you contradicting the fact that [in those same texts] emptiness is called “the ultimate truth”?

[Reply:] In general, there are many [uses] of the term “emptiness.”

The first [kind of emptiness] is [an object] that is understood in common [by the followers] of all three vehicles (theg pa gsum char).

The latter [—that is, emptiness qua negation of all four extremes—is an object] that is not understood in common, but [is understood] only in the Mahāyāna.

Each [of these kinds of emptiness], as before, has two subdivisions: quasi (rjes mthun pa) and real (mtshan nyid pa.The latter two are accepted as real ultimate truths, for this system accepts that even Hīnayāna āryans understand the ultimate truth. Reality (dharmatā, chos nyid), the sphere of reality (dharmadhātu, chos dbyings), the freedom from proliferations (niṣprapañca, spros bral), and the Union (yuganadha, zung ’jug)—each one of these must be a FORM OF FREEDOM FROM ALL FOUR EXTREMES, for Hīnayanists have not the slightest understanding of any of them.” (whatever we call it, the ultimate truth is free from all four extremes, from all conceptual dualistic views)

“The uninterrupted path of the path of seeing of the Mahāyāna focuses chiefly on the freedom from the proliferations of all four extremes, and that is why it can eliminate all of the obscurations to omniscience. This is the point.”

“Lord, if everything is empty, then does there not follow the absurdity of nihilism?”

-- From "Freedom from Extremes: Gorampa's "Distinguishing the Views" and the Polemics of Emptiness; by Jose Ignacio Cabezon (Author), Geshe Lobsang Dargyay (Author)"
https://www.amazon.com/Freedom-Extremes.../dp/B00B6U17YQ

Another Quote (about The Four Stages Of The Dawning Of The Middle Way);
From Jamgon Mipam - His Life His Teaching, by Douglas Duckworth - [Promienie]

These four stages -- empty, UNITY/UNION, freedom from constructs, and equality
-- counteract respectively the four extremes (the “tetralemma”) of existence, non-existence, both, and neither.

BOTH EXISTENCE AND NON-EXISTENCE [or the duality of the two truths] (3),

AND NEITHER [or the unity / oneness of the two truths] (4)

Surely are medicines for all

That is influenced by the sickness (as more and more subtle adapted skillful means).

[But the ultimate Reality / Dharmata is beyond those four positions or extreme views or adapted skillful means. Transcending those four extremes doesn’t mean to completely reject / abandon / negate them, but to realize their true nature, and be able to use them as possible adapted skillful means to help others when required, without becoming slave to them, without grasping them, without thinking they are independent, inherently existing, absolute.]

The View, Practice, Action and Fruit.

“First of all sit down in the seven-point posture. Then the master calls to the student and says, ‘Oh good child, is there any watcher (subject) or thing that is watched (object) (or action / watching)? And to where? Or not? You cannot find any object to be watched or a watcher (subject) who watches (relation / action) it.

(i.e. Emptiness of inherent existence of the three spheres (subject / actor / perceiver / knower, relation / action / perception / cognition, object / result / perceived / known) <==> because they are co-dependent with each other, and merely labelled / imputed by the mind. One aspect / truths implies the other (<==>).)

At that moment everything goes as the  sky (transparent-like). Do not change or do anything (Middle Way: nothing to accept nothing to reject in absolute terms, just conventionally / relatively).

That nature is inexpressible (inconceivable for our flawed conditioned conceptual dualistic mental). At that moment there are no names or concepts of clarity (1st truth), emptiness (2nd truth) or unification (Union of the Two Truths).

You cannot show this by example; you cannot check it or recognize it by thoughts. You are unable to remove it, yet it never goes away. There is no root – it is empty.

There is no other basis / ground that this inconceivable Union of the Two truths free from all extremes & middle. Not mere-dependent-origination / clarity alone, not mere-emptiness alone, not both together, not neither. But their inconceivable Inseparability / Union; one implying the other.)

While you are in this state clarity is there without ceasing, nonstop and purified.

The clarity is the self-created clarity and there is no antidote. It will always be in bliss. Always naked, it cannot be deluded. You can’t say what you have seen, but it is always bright. Its nature is without ceasing. It is the inexpressible nature and unremovable wisdom. There is no subject, for the visions are just there; without thoughts clarity is there.

(i.e. This inconceivable Ground is said to have three inseparable qualities:

1. its essence is emptiness,

3. its compassionate energy / dynamism is the inseparability of the essence & nature, the Union of the Two Truths. This is the primordial energy at the core of all appearances / manifestations. This way, from nothing comes everything, and everything returns to nothing.)

Without distinguishing subject and object, wisdom is there. This is the wisdom without object or subject, without substance. It is the Great Secret Path of the Great Perfection – the heart blood of the dakinis – and is the gift of Drenpa Namkha. It is also the essential teaching of Rigpa Rangshar. Have you understood? You realized it? Wonderful!”

(i.e. The primordial Pristines Mind is empty but still functional / luminous / cognizant, functional / luminous / cognizant but still empty. One aspect implies the other (<==>). The fact of this Inseparability / Union of those two aspects is the inconceivable self-arisen permanent unchanging timeless pristine unstainable Ground. It is the true nature of Reality as it is here & now, suchness, dharmata, Buddha-nature, Trikaya. Continually directly abiding in this and it is pure Bliss / Nirvana.)

Posted by Gileht at 29 October